At present, Korean coordinate system is different from the international standard. Currently the system is based on Bessel ellipsoid, while global coordinate system is following GRS80. The project is mainly to convert the current Bessel coordinates into GRS80 coordinates. Korea Land and Geospatial Informatix Corporation conducts its measurements according to their yearly quota. Its members monthly assign their surveyors in designated areas. The surveyors install V60 RTK System at triangulation points which were previously assigned by the Bessel ellipsoid long time ago, and receive the static data for about two hours. They collect the data and integrate them with the ones collected from official GPS observatories in each districts. Based on those data, they build up new GRS80 coordinate system step by step. 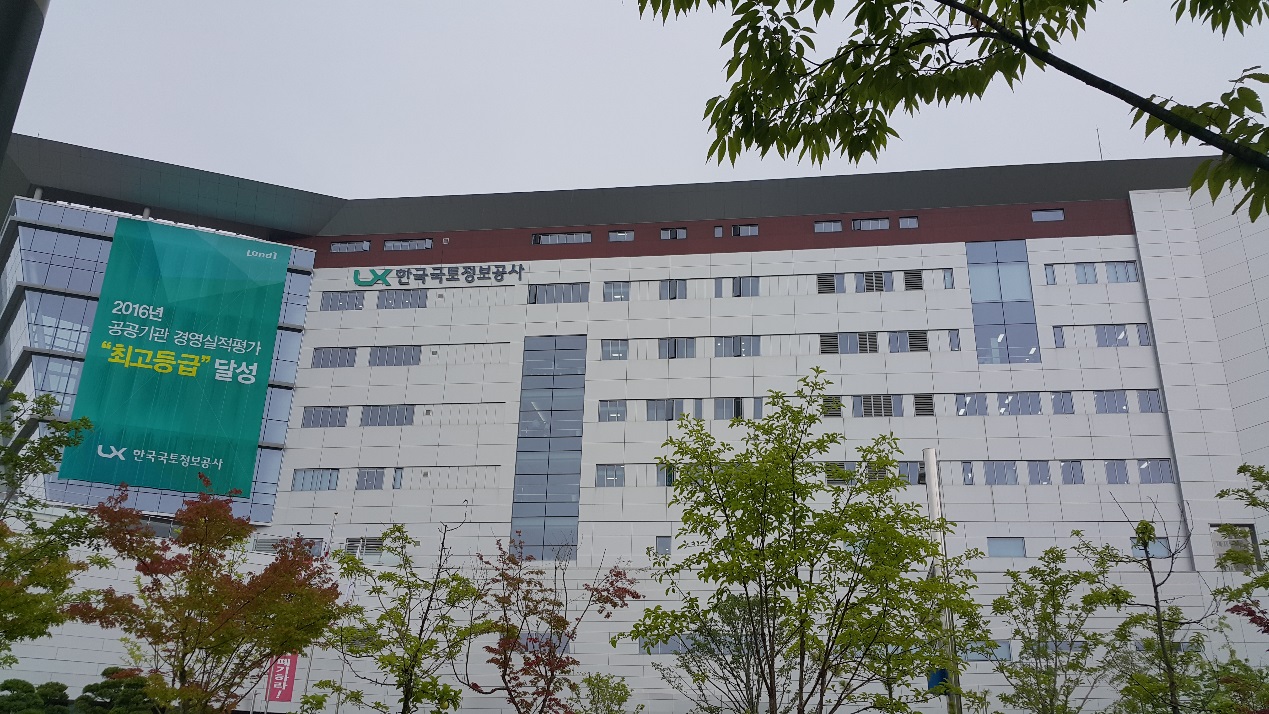 Korea Land and Geospatial Informatix Corporation is a public organization that has been contributing to the protection of property rights for the Korean people and the development of the national cadastral system. It conducts cadastral surveying in national wide every year. The required equipment for this survey are annually selected by competitive bidding.

However, the valid bidders are limited since Korean GPS market has been dominated by 4 big companies, Trimble, Sokkia, Topcon and Leica, for a long time. Basically they can be the only bidders who are qualified to join in. Laying down the strict specification requirements for the GPS performance is another burden for the other competitors including KOSECO. Furthermore, the awareness on Chinese brand GPS has not been favorable due to some of low quality products which were previously distributed out. In this circumstance, it was almost impossible to join in the government tender with Chinese brand GPS. Other companies were not even willing to give it a single try before. 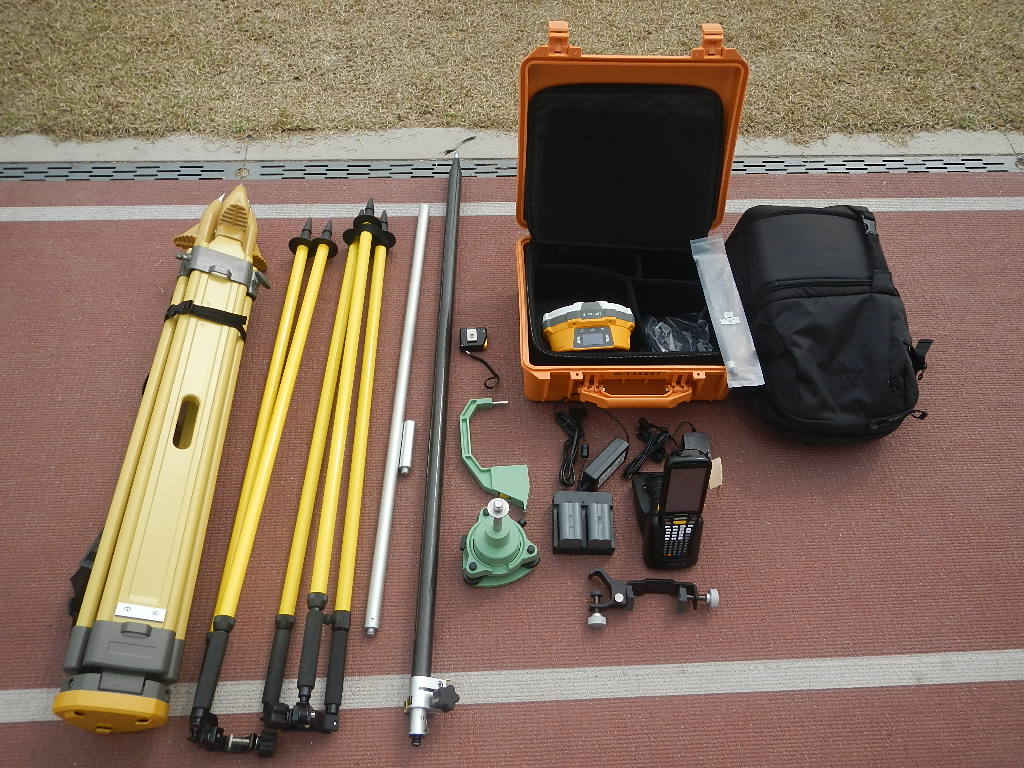 KOSECO, as an exclusive distributor of Hi-Target, was able to see a great potential of Hi-Target GPS system distributing them in Korean market for many years. In the past few years, Hi-Target’s RTK products have been sold in scale of thousands of units and won good reputation and recognition among its customers for its high quality and excellent performance. Right now the market share of Hi-Target’s RTK receivers exceeds 30% in Korea market.

KOSECO has developed its own customized software that was specifically aimed to Korean market. Furthermore, the firm has been collecting direct feedbacks from the customers and continuously improved their software according to those feedbacks. It also has invested on marketing in large scale. 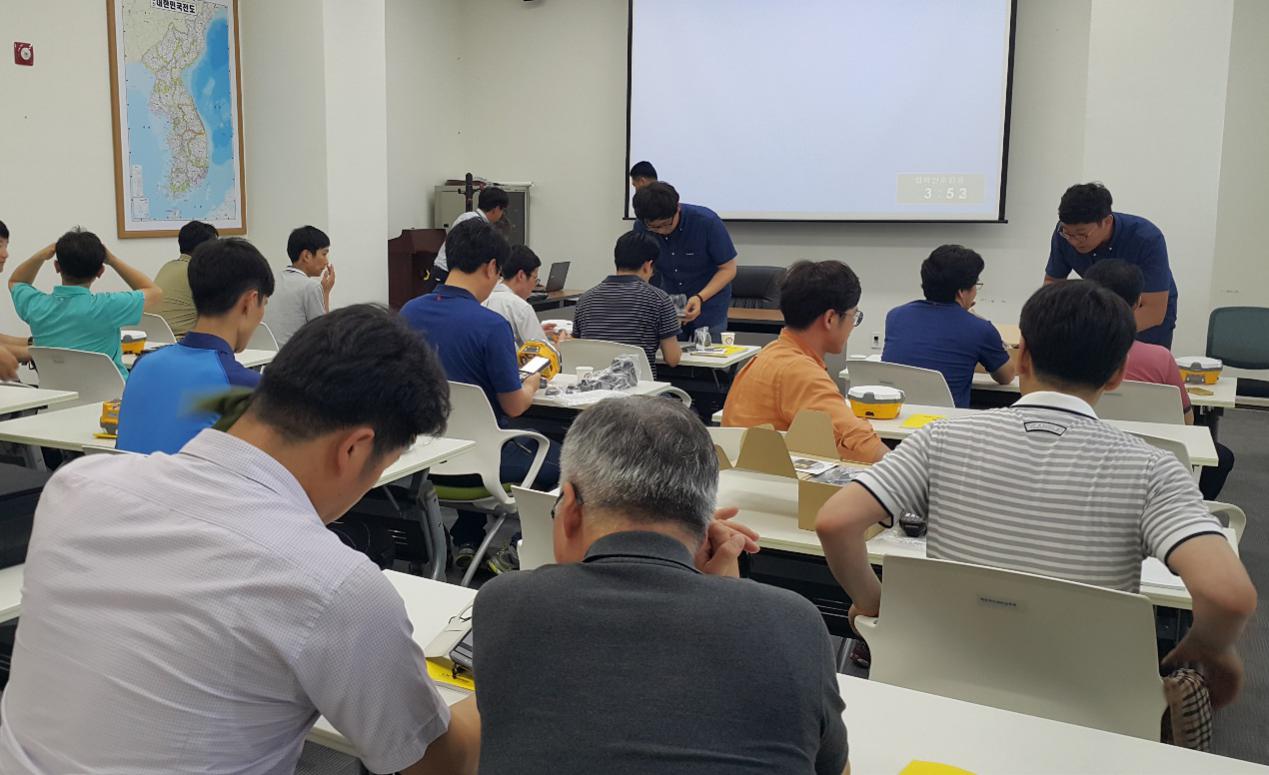 Eventually, KOSECO was able to build up solid reputation as well as great brand recognition in national wide and was finally invited to join in their annual bid. 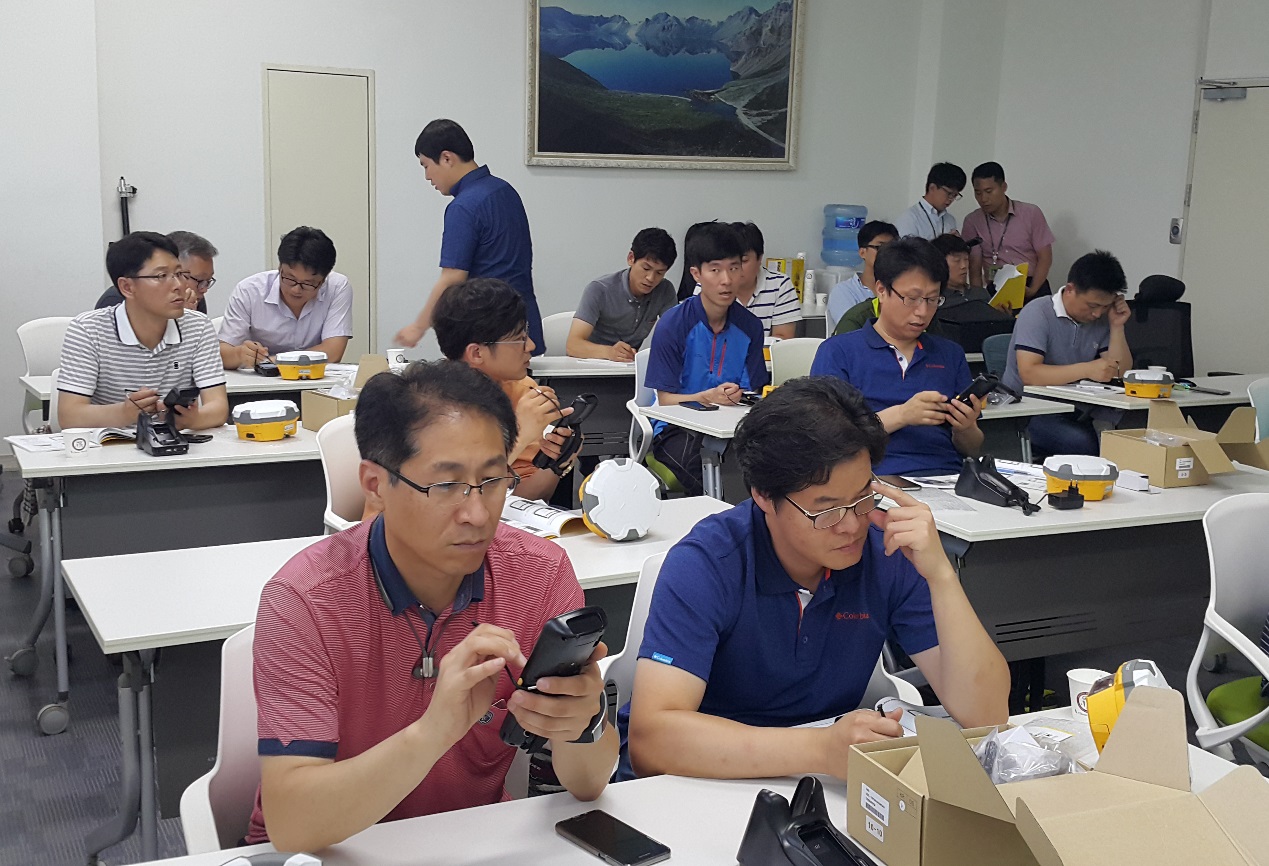 Based on the excellent V60 RTK System hardware and user-friendly software, KOSECO has won the bid at last. 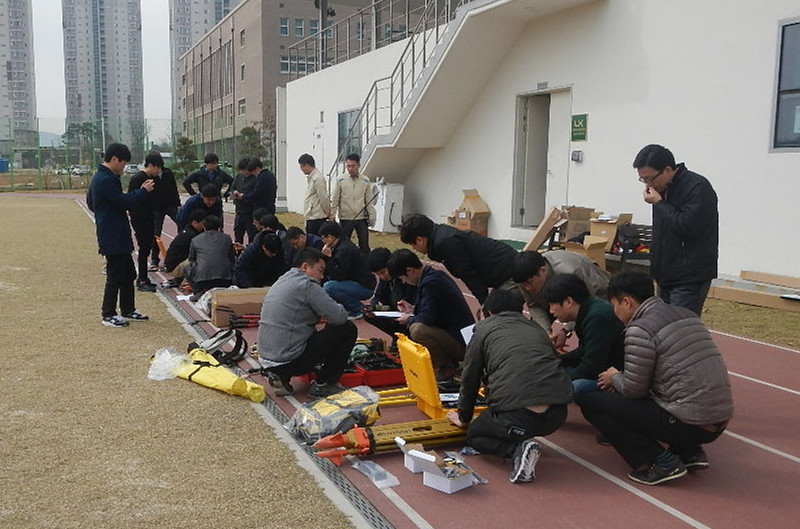 In the session of product performance examination, Hi-Target’s V60 RTK System has successfully passed the 30-minute soaking test, with all functions normally working and LED screen intact. Eventually, V60 RTK System, introduced by KOSECO, has successfully passed the specification test and won the tender, standing out among several strong competitors.

After this triumph, delivery work has been instantly carried out. With the mission of promoting “Made in Chinese Quality”, batches of Hi-Target products have been shipped to South Korea. It is expectable that Hi-Target will reach a satisfactory score in Korean market again. 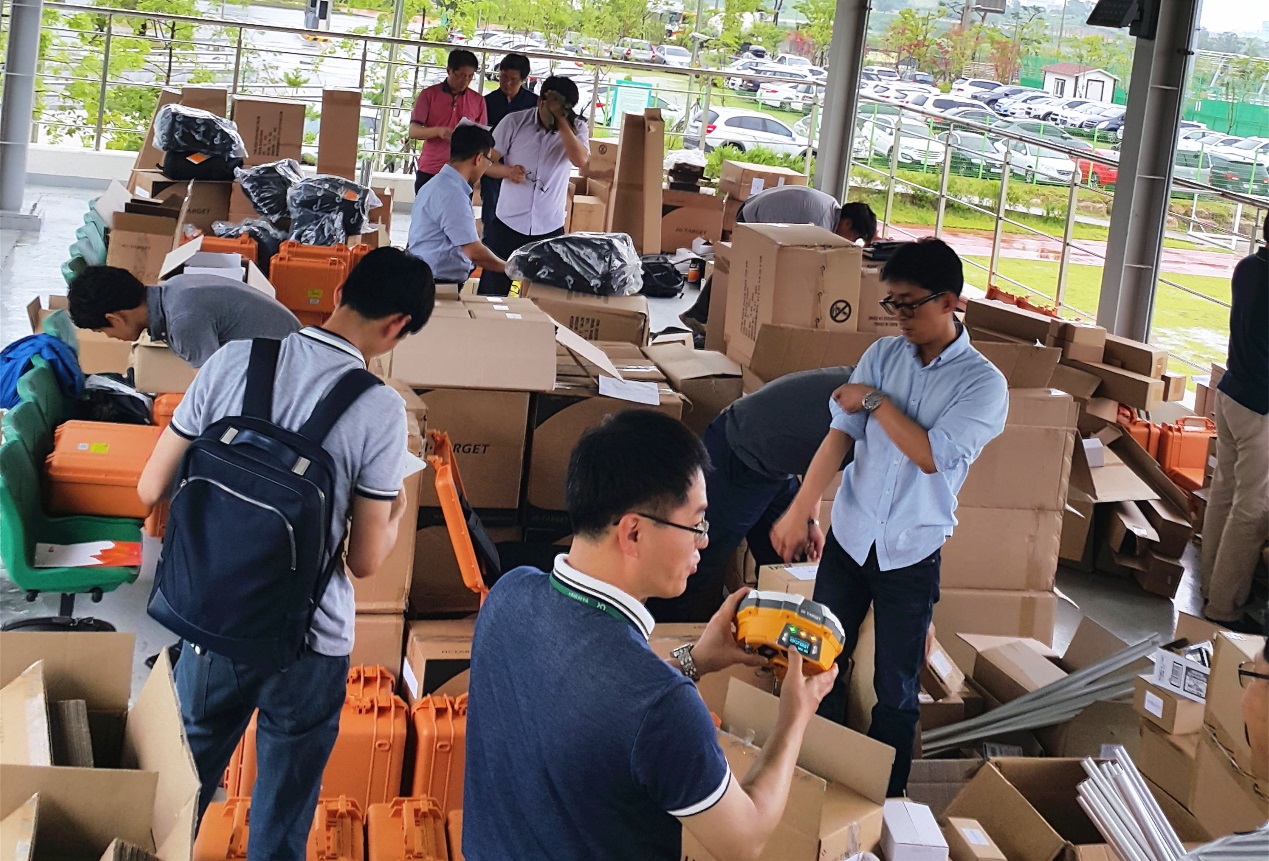 The V60 RTK System is a more compact design and higher-performance GNSS RTK system. It has basic features that other RTK system has, such as OLED display screen and standard memory. One of its key features is lighter and faster. Its rugged design can resist impact and vibration. With a smart speaker inside the receiver, its operation is fully automated. The DIY guiding voice can be customized in any language, even dialect! What’s more, the V60 RKT System is fully compatible with other GNSS RTK receivers from the world market. The static data can be saved directly in RINEX format. 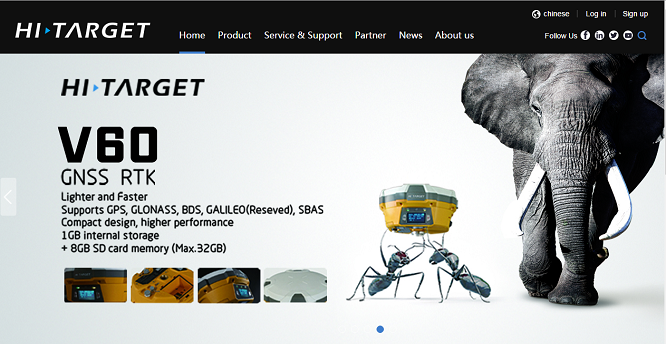